You can listen to a recording of this conversation from http://www.nlp-expert.co.uk/seduction/ross.mp3


(but allow 1 minute for connection)

Michael: Firstly, I'd like to say that I found some of your stuff very useful regarding attracting women but also, I think you've made some new distinctions around NLP which I think other people haven't done. So I personally found your stuff exceptionally useful.

Ross: Thank you. That's very flattering. I appreciate that.

Michael: The first thing I would like to say though is that sometimes I get a bit shocked by your advertising copy.

Ross: My advertising copy was largely influenced by one person -- my copywriting and marketing guru Gary Halbert. Gary Halbert once said "When it comes to writing, people don't have time to understand your pathetic subtleties" and I never forgot that!

Michael: Presumably up to now, it's worked for you.

Michael: OK. Going back, how did actually get involved in SS and how did you actually find out the first patterns?

Ross: That's funny because I was just writing a post about this on my blog. My greatest success came from my greatest failure.

I was a comedy writer. Not every one knows this that I was a comedy writer in a former career. And that dream died a horrible death when I wrote one of the worst movies ever made. And when I saw how bad it was, I quite literally had a snapping moment in that theatre and I began to stumble around for something else to do.

The first NLP books I read were just incomprehensible. I believe the first one was Structured Magic. Then I stumbled a couple of months later on to Frogs and Princes and it completely blew me away. I spent a couple of years wrestling to understand it, not literally wrestling, but wrestling with NLP to understand it.

And I began to see that I could apply this to my own shyness but I also I could learn to communicate with women in a way that made them much more attractive to me.

Michael: What do you think are the real deep down benefits people get from doing this?
Is it about Speed Seduction or is it more than that?

Ross: Well, first and foremost, I think it teaches men to think about human emotion and human subjective process in a much different way. You've got to remember that most people that come to my work are not familiar with NLP or indeed any kind of personal change technology or communication technology at all.

And so the first time they begin to look at people as more than just random responses running around, they begin to see that the emotions they want to experience and the emotions they want others to experience with them, is a result of an internal process. So first and foremost, I think the benefit is that you begin to look at people and begin to understand that they have a subjective world that you don't necessarily share, and you being to begin to understand that world. And to understand your own subjective world, so you feel less at the mercy of what society uses as nomilisation - chemistry, love. You begin to see that these are not things, but they are processes that can be understood.

And to some large degree you can gain mastery no matter what your previous experience has been. That's the overall really beautiful benefit. And of course knowing how to use your language and how to get women talking in a way that creates attraction, virtually at will, is a pretty nice power to have. Wouldn't you say?

Michael: Absolutely. Absolutely. Well in a funny sort of way I find your stuff poetic, may be a strange description!

Ross: Well it is kind of poetic, isn't it?

Michael: Are there any warnings you give to people about SS and any advice you'd give to someone who, after taking a course, is setting out to put some of what you are talking about into operation?

Ross: I do tell people that it's their obligation that anyone under your influence is under your protection. I do tell guys that you want to leave people better off than when you found them. Only people are somewhat chaotic and there is no way to guarantee that. And that also what you put out in some way eventually reflected back to you. And that is the warning I give.

And that’s true, by the way, with all persuasive technologies and certainly true about NLP. People have used NLP destructively and they have also used it very constructively. Any many people have done both, which is the most confusing thing. I won't name any names.

Michael: What do you think the need is, if that's the right word, of SS is in the year 2007? You have been dealing with this for some time. Do you think society is catching up? Or do you think there is great desire or need for this sort of thing?

Ross: I think, speed seduction is always, in some way, going to be on the outside even though it's been popularized in books like "The Game," the best selling book by Neil Strauss. I see some of it in some TV shows, etcetera, etcetera. It's always going to be less than mainstream because it's challenging some fundamental ideas about the way that men and women work. The idea that it's chemistry, that it's something that just happens. It's also a big challenge to the dating game.

A large part of my influence in creating the whole Ross Jeffries persona and part of the idea behind Speed Seduction came from a mathematician by the name of Edward Thorpe. Thorpe wrote a book called, Beat the Dealer.

He was the first person to actually figure out the mathematics of Black Jack. He explained a betting strategy that was so powerful that actually Vegas -- the casinos -- had to change the rules or they would lose their advantage. So I kind of view the speed seduction as a beat the system kind of thing.

You're spinning that roulette wheel hoping that the numbers are going to turn out 69 69 69. You're really betting, you're gambling. The whole lingo around dating if you will, "maybe I'll get lucky." Well "lucky" -- if you were taking a plane from England to the US and you asked the pilot, "How are you going to make sure you are going to get to America?" and he said really, seriously said, "I don't know, maybe we'll get lucky," you'd be wise to get off that plane. Part of speed seduction is really a way to stack the deck back in your favor. Beat the house. So does that make sense?

Michael: OK. How has your own training changed over the years? What are you doing differently?

Ross: A huge part of what I am doing now is not NLP but rather a reflection of my studies of ritual magic, but even more important is vipassana meditation. I have been deeply, profoundly influenced by the work of my vipassana teacher, Shinzen Young. You should check out his website, Shinzen.org.

The meditation practice is quite profound, far more radically transforming than I think NLP has even been for me. Actually, the work I'm doing with Shinzen is having a greater influence on me than Erickson or Bandler. He is really quite remarkable. So I am teaching people a lot about how to detangle emotion, how to separate emotions from each other, and then separate emotions from the stories that feed the emotions -- the emotions feed the stories and keep us trapped in a loop. It's quite profound.

Also, a lot of what I am teaching now is how to be attractive to women using four different attraction vibes. It's true I still teach a lot about language because I'm in love with language, but the energetic vibe, the attitudes you take are like the conductive medium through which your language is either going to pass, or not pass, or pass clean or pass with a lot of noise. So I am teaching about energetic and emotional control of yourself.

And then there's always the language there too and a lot of the language in Speed Seduction is about asking questions, elicitation questions, if you will to get the women talking, and you are actually using her responses…

Michael: You said some of the stuff you are looking at is better than NLP?

Ross: I am actually working on finishing a product on how to put hypnotic language into your copywriting. But I see it relevant in many ways, First of all, state control, rapport is profoundly powerful, and learning to use language that presupposes your outcome is really, really powerful.

So if you said to an interviewer, "as we are sitting here talking today, I know you have to evaluate who's the right person for you and I'm not sure what that ever that process is you use, I just want to let you know as we are speaking, if you really, truly want to know something about me, I am happy to tell you. So that the future passing with that person already having hired you, looking back on this moment and feeling good about it.

Michael: Moving on from that, what do you have coming up in the future?

Ross: Well, there's a project that I am working on coming up, that I really can't discuss, with someone else that is big in the seduction community. It will be announced October first. I am under a non-disclosure agreement but it's going to be gigantic and it's really going to spread the word. But I will be in London on September 7, 8 and 9 doing a magic
and psychic influence seminar, and then I will be in London September 13, 14 and 15 doing a speed seduction seminar.

Those are my only European appearances for 2007.
If you want to find out more about it, please go to: http://www.speedseduction.biz/ Don't go to any other sites. There is a mirror site that is not me.

I also want to say one more thing. As much as I want to promote my own business
and my own work, again, I have to give massive credit to the work of Shizen Young. As you know, I have been involved in NLP since 1987 and I have met all the big names and I have met many teachers. And Shinzen is far and away the most intelligent person I have ever met and the greatest teacher I have ever met. He has done for meditation what Milton Erickson has done for hypnosis. So I urge people to go to his website. http://www.shinzen.org/ His work is profound.

Michael: Is there any last thing you would like to say to anybody reading this?

It's what you really want no matter how society or feminists or anyone try to shun you or shame you out of that desire. And there is a way to do that without having to bully, beg or buy or booze and that's Speed Seduction. I have helped thousand of guys over the last 15 years, so check out the website, http://www.speedseduction.biz/

And I really want to thank Michael for the opportunity to reach some really intelligent people. 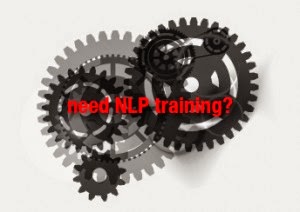